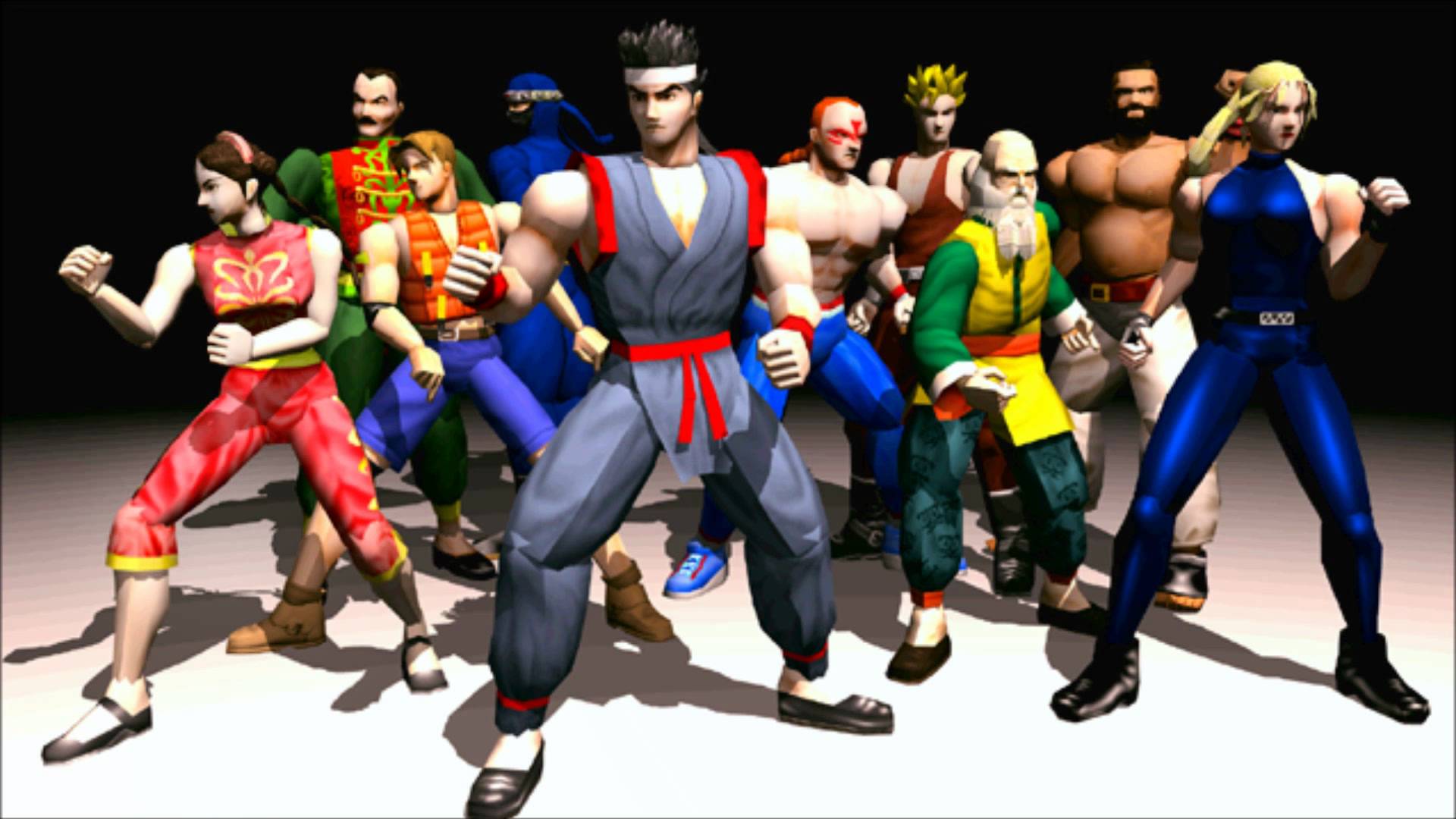 Hands up who remembers the Sega Saturn? Now hands up who actually bought the Sega Saturn? Didn’t think so. Back in 1995 there was the release of a (at the time) little known games console dubbed the PlayStation  This of course you’ll be aware of. What you won’t be aware of is that just a week before this Sega had also taken their first strides into the 32-bit era. The platform was the company’s penultimate foray into the hardware market and in many respects (especially compared to Sony’s activity) it was a colossal flop (mainly due to a tragic marketing strategy, poor decision-making at the top-level and the alienation of loyal fans due to unnecessary hardware releases prior). Things could have been so much different; had Sega not taken the pee out of its fans by producing the Mega CD (and then charging hundreds of pounds/dollars for it) and using polygons instead of quadrilaterals in the console’s make-up (the Saturn was notoriously difficult for 3rd party developers to get to grips with) maybe they’re hardware days might not have been numbered so quickly. But that’s a discussion for another time.

Was the Saturn disadvantaged from the outset? Yes. Was the console itself a hulking-mass of a black box? Yes. Did it boast some of the most enjoyable & widely revered games ever even to this day? Most definitely. Now, for those of us who were there and didn’t immediately jump ship to the PlayStation (you know who you are) we were rewarded with some classics; Sega Rally, Virtua Cop, Nights into Dreams, Tomb Raider, Command & Conquer, Shining Force III, Resident Evil etc. It’s a wonderful line up, an eclectic mix of software that could have only been made better if Shenmue had been released on the format as planned. But I want to pinpoint one game, one title that for me was a system-seller all on its own (and one that shares a lineage with Shenmue): the superb Virtua Fighter 2. And whilst I was ever so tempted to choose Panzer Dragoon Saga for this edition (one of the best RPG’s of all time-step aside Final Fantasy VII) VF2 simply can’t be ignored. For those out there who have been honing their skills on Tekken for the last 17 years, Virtua Fighter is just like it-only better. Looking back it might be easy to dismiss the original Virtua Fighter as a failed experiment; ugly graphics, slow gameplay and only a handful of characters now make the game seem redundant. Of course this couldn’t be further from the truth. VF broke new ground; it was the first ever 3D fighter and allowed Sega to cement its stamp in this field following the success of Virtua Racing. VF applied real-life martial arts to the characters move sets (no crazy fireballs here – I’m looking at you Street Fighter) and this, coupled with accessible controls meant players would be rewarded for their playtime with some gratifying matches.

As the months rolled on the demand for a sequel grew and Sega were in no mood to disappoint. On January 26th 1996, Europe was treated to Virtua Fighter 2. Now, being from a working-class family I was not privy to its delights straight out of the gate. No, the agreement made with my parents was that if I saved my ‘pocket-money’ for an entire year, then the following Christmas they would go half-and-half with me on a Saturn and my dreams of 32-bit gaming would finally be realized. Some would say this was a far deal (mainly as my mum and dad were the ones dishing out the pocket money) others would say this was a cruel joke. Either way the deal was sealed and thus ’96 became the longest year in living memory. I literally got told off one afternoon for sitting there at primary school daydreaming about having it under my TV instead of doing my maths work (2+2=Daytona USA? Of course it does). To add insult to misery I remember my dad taking me to an arcade about 30mins away thus allowing me to eye Virtua Fighter 2 in action for the first time. Simply put it was breathtaking. I remember choosing Jacky Bryant (a character I have stuck with for subsequent iterations) and fighting Kage and Akira through the early stages. Everything seemed so crisp; graphics were sumptuous, moves were fluid, it was just a joy. Dauntingly high somersaults were followed by stretches of punishing combos. Even compared to the brilliance of Street Fighter 2 this was good. And then came something earth shattering; replays. Once finished beating your opponent to with an inch of their life and hearing the immortal phrase ‘K.O!’ you could then watch it again! Like, the last 3 seconds just came up automatically. I was spellbound. This wasn’t on Street Fighter. My 9-year-old brain left the arcade thinking ‘whoever came up with that is a genius’ (or something similar). And so with that VF was embedded in my consciousness and I had to spend the next 6 months trying to forget the fact that it existed. Suddenly Sonic 3 didn’t seem to cut the mustard any more. Like being dragged to the midnight showing of a Lord of the Rings film the months went by at a torturous pace. Eventually June turned to December and on the eve of Jesus’ birthday I lay in my bed, wide awake, counting the seconds until I could acceptably shout ‘happy Christmas’ and raise hell with my immediate family. Admittedly the next few hours are a blur but I can recall quite vividly sitting in the living room, Saturn hooked up via a flimsy SCART lead (HDMI criminally omitted), and the elation felt from that first play of a game I had been looking forward to all year. The chime from when you press the start button on the main menu, the music in the background when you’re selecting your character, the first time you hear the voice over man shout ‘ring out!’, it’s all timeless. I remember there being a wealth of modes available as well-Arcade, time attack, team battle-so many hours put in on that first day alone I’m surprised I wasn’t blistered until new years (actually I’m not surprised, the Saturn controller was amazing). But we all know that the pièce de résistance of any fighter is its multiplayer and this definitely didn’t buck the trend. The highest praise I can give is to say that on one occasion I had about 7 people over after school for a tournament, and none of them had even heard of the game until I introduced it to them.

So there we have it; a splendid fighting game released for a platform that never truly had the appeal that its software deserved. Virtua Fighter isn’t perfect (I’m still waiting for it to catch up to the 21st century and include a tag mode like every one of its rivals) but it’s bloody close. Every iteration (with the exception maybe of VF3) gets better and better – the now backwards-compatible Final Showdown sits on my hard drive as we speak. And with this generation of console reaching its halfway point all I can say is; Sega…bring on Virtua Fighter 6.

Twisted Bard Gaming Podcast 2: What IP’s should Sega Bring Back? Ubisoft 2017 Line Up & Destiny 2 on Battle.net?

Can Shenmue 3 hope to live up to fans expectations?