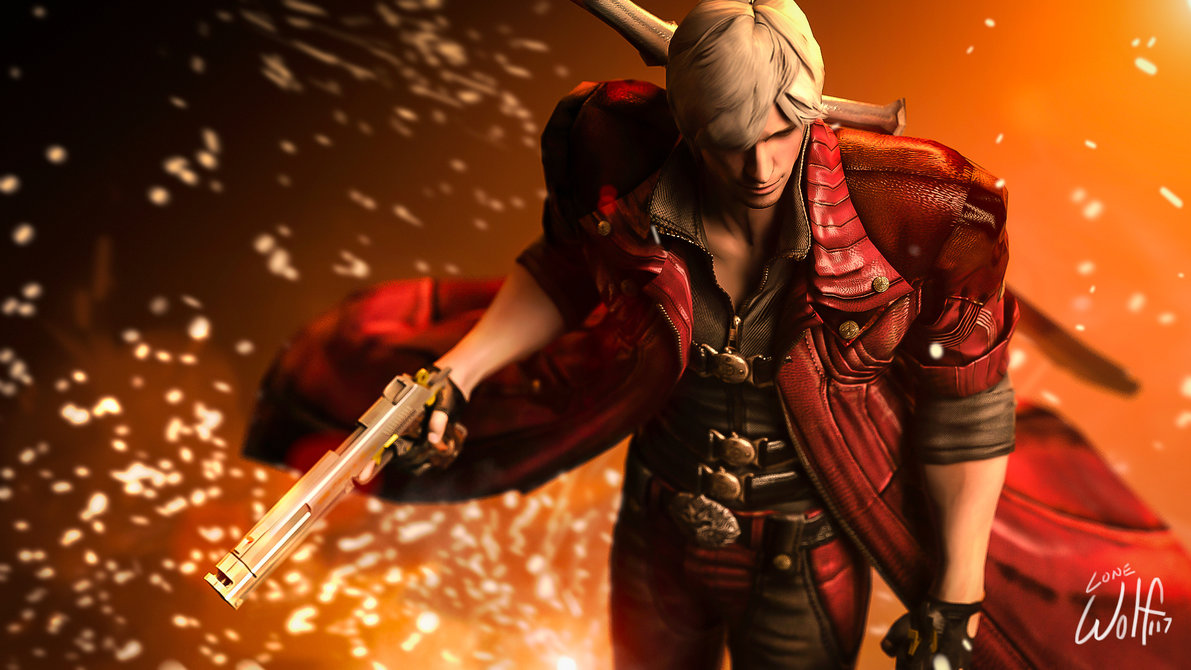 This one…this one’s a big one. Devil May Cry; ‘DMC’, the daddy of the third-person action/adventure genre. Such an effortlessly cool game; no fancy game modes where you face wave after wave of the undead, no ridiculous in-game advertisement or ability to link your high scores to Facebook (even though that last one’s kind of cool), just big action, even bigger bosses and a rivalry with Ninja Gaiden that would put Fifa/Pro Evo to shame. As I have recently downloaded the ‘HD Collection’ and with the release of Ninja Theory’s ‘DMC’ merely months away it only seems fitting to give this landmark piece of software the ‘Memory Lane’ treatment.

So…where were we and what were we doing? As I recall 2001 was most definitely the year of the Playstation 2. Sega’s ill-fated final attempt at console gaming had all but died out. Microsoft were still 12 months away from their release and if I recall correctly Nintendo still hadn’t got out of the gates with the Gamecube (Revolution- why didn’t they keep the nameRevolution?!). Sony were sitting pretty at the time- Gran Turismo was wowing punters with its unmatched realism (no substitute for Forza if you ask me) and Tekken Tag Tournament was doing the rounds if multiplayer fisticuffs were more your thing. I remember magazines going crazy for the soon-to-be on the shelves Grand Theft Auto III; the open-world dynamic, the freedom to run bystanders over with little consequence; it was a teenager’s dream come true. Indeed as soon it was made available critics and gamers alike loved it. Sitting there at the kitchen table, 15 years old and thumbing through the latest copy of Official Playstation Magazine, the 8 or 9 out of 10 they gave the game was unsurprising. What was surprising was what happened next; upon finishing said review and perusing further I made a wonderful discovery. Only pages removed from the appraisal of GTA was another blockbuster review- but this game OPM had given 10 out of 10. My mind was blown; how could a title come seemingly out of nowhere and achieve the ultimate accolade? It had to be something special, had to provide you with a gaming experience like no other. The game of course was Devil May Cry. The experience? Unforgettable.

The story goes that Capcom, coming off the back of Resident Evil 3 wanted to hurry through development of the fourth iteration in the series. Everything was going smoothly. However, concepts were being implemented that were taking the game away from the standard Resi formula. As such ideas grew more elaborate Shinji Mikami (head-honcho at Capcom) decided that whilst the project was no longer ‘Resident Evil’ in tone, it deserved its own platform. And so DMC was born; a heady mix of swordplay, gunplay and the ability to transform into the devil-incarnate at a moment’s notice. On paper it sounded good; in reality it played even better.

Devil May Cry started as it looked to go on; the video sequence preceding the start menu were our protagonist yells ‘Let’s rock…baby’ that’s up there with Sega Rally’s ‘Game over yeah!’ And with that you’re off. Like the opening sequence of your favourite Bond film the game throws you instantly into the action and rarely lets up. The first time you throw an enemy into the air with your sword before keeping them there with the twin pistols is a joy, followed by the first time you achieve the ‘Awesome’ rating and realize just how much of an expert fighter you’ve become. Indeed, the game mechanics feel so deep and rewarding you could easily put this next to the ‘Soul Calibur’s of this world and not be embarrassed. With hordes of enemies thrown at you and the pacing held at maximum the first few levels wiz by and before you know it you’re armed with everything from flaming gloves to bombastic grenade launchers. It’s a tempo that spits in the face of Resident Evil’s tension-building sluggishness and as a result things are all the better for it. Capcom didn’t leverage the charm of the game solely on the action though; our hero Dante achieved immediate notoriety with his first outing, his blend of fearlessness and quick quips winning us over instantly (‘Strange and ironic that it will end the same way’- that’s like Christian Bale shouting ‘I’m Batman!’). Dante was coolness personified; the white hair, the strong jaw line and the ability to woo hot long-haired blonde chicks with ease (although the story instructs that she reminds him of her mother?!). With Metal Gear Solid 2 not released until the following year Dante’s adventure had free reign on Sony’s console and little opposition from the genre as a whole. Admittedly it was the case of right time, right place but DMC deserved to be a winner. The development team in Japan had clearly put the hours in and we, the game-buying public reaped the rewards through a campaign spanning 20 or so glorious missions. Coupling this with the infamous harder difficulties made things superbly re-playable and then two years later we treated to an inevitable sequel.

This is the part where I’m going to be controversial; I think Devil May Cry 2 is better than Devil May Cry 3. Yes, I know, a bold statement but hear me out; I know how good DMC 3 is (particularly the Special Edition). The game oozes quality, unbelievable style, and at the time pushed the PS2 to its limits. But for me there were a couple things that rubbed me wrong both back in 2005 and still now. Dante’s persona walked a fine line between arrogant and confident but come the third instalment this was completely abandoned, his younger self seemingly like a conceited brat. I liked the control system but hated having to switch between fighting styles (in DMC 2 these were pretty much available at the same time?!). Also, normal mode was just way too hard (there’s challenging and there’s plain repetition- not fun). Admittedly it’s been a while since I’ve played both games and my memory may be slightly distorted (even the original wasn’t perfect- the underwater sections are appalling), but until I finish them on the good old ‘HD Collection’ I stand by the ideal.

Devil May Cry is timeless; an instant classic forged during a generation of classic games. Great gameplay, great soundtrack, great publisher/developer. It’s a blindingly good mix and I hope everyone (along with myself) is looking forward to seeing what happens next…