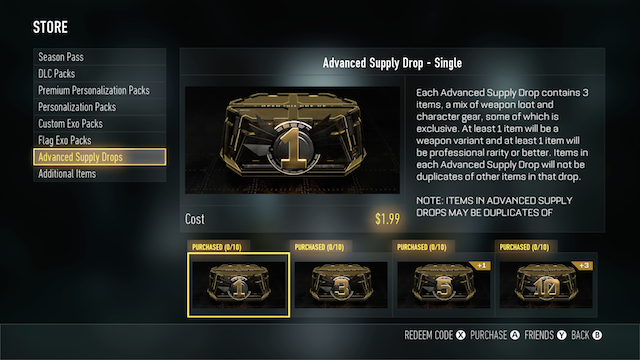 Nothing beats that sweet sweet rage of spending £50 on a hip new game. Maybe you even bought a season pass to go with it to show some more of that consumer love.

Then, when you pop that game in, the first thing that’s featured, or should I say thrown in your face in a giant box when you click start is a nice big store window with microtransactions. But is there a game that’s done it right?

For anyone here who does not know what a microtransaction is, think about all the shiny things you see in your online FPS shooters that you want and will never get. A microtransaction is a piece of “content” that you can buy with either real money or premium currency that costs real money. These will consist of weapon skins, hero skins, loot boxes and pets/trinkets for your character.

I am not going to mention any free to play games on here because a massive majority of them have pay to win items, which means that they are microtransactions that the player can buy to give them an advantage in the game.

An honorable mention though, to Warframe for having a massive amount of it’s microtransactions being for cosmetics which means you can’t give yourself an advantage as all the items do is make you look nice.

Sadly, it does not win a ‘game with good microtransactions’ prize because the Warframe slots, faster wait times for crafting and weapons that can be bought with premium currency. This isn’t pay to win as all weapons are low level and you need mods and weapon level to make it strong.

Show me the money

Obviously microtransactions mean the developers get more money, which can be put into further development of the game or a higher budget for their next title. The problem is, that there are some developers that are very greedy with their microtransactions and will make their content harder to get in order to push the players in the direction of paying to win.

This of course is very evident in GTA V Online, where the Take-Two CEO said that they are “from an industry view under-monetising on a per-user basis.” As anyone who plays GTA V Online will know, it is very hard to get anywhere in the online unless you spam heists or pay money for in-game currency, and according to Take-Two they are under-monetising you.

And we are yet to hear about the single player DLC that was leaked a year or so after it’s initial release in 2013, I wonder why that is!

But then the issue arises that if a full priced AAA game has microtransactions in it then is it a good thing? You have just spent over £40 for a new game and then there is more money to be sunk in.

Call of Duty is the biggest example with it’s addition of supply drops that were added into Advanced Warfare. These were not too popular with the community, since the variants of weapons had stats buffed on them so it was pay to win on a small scale.

Black Ops 3 then fixed it with taking out the variants and making them camos instead. So everything was cosmetics only.

These drops could also be earned with cryptokeys that were earned at a less then desirable pace. This could be compared with Overwatch’s loot boxes and Battlefield’s battlepacks, which all work differently in terms of acquiring them.

Rainbow Six Siege is going to be adding a loot box function along with it’s current Operation Health, which is focusing on making the game last longer and feel/play better.

There is the discussion around if DLC is a microtransaction, the big difference being that DLC stands for downloadable content. It can be seen as unreasonable to call a shiny assault rifle that has a £2 skin that makes it glow a bit brighter “content” when there is DLC that costs £10 and up that adds a significant amount of content to the game.