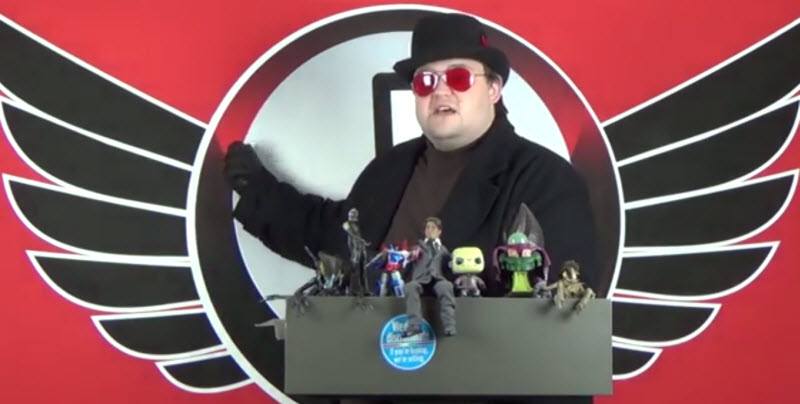 Why is it that on a scale of 1-10 that half the spectrum is completely irrelevant? Unless a game is broken and utterly terrible, we won’t see a 1 or 2 (Ride To Hell). But Come on Nintendo fans, how is a 7/10 worthy of a DDOS attack against the reviewer?

For anyone who does not know what this is about, popular well-know game critic Jim Sterling had his website attacked after giving Zelda: Breath Of The Wild a 7/10. Now if you look at that number, that’s a solid good game, not perfect but good. He even said that he enjoyed the game and that it is good and the criticism that he gave it was completely valid. This just seems to be a bunch of fan boys of the franchise being upset because it didn’t get a 9 or 10.

Firstly I agree with his criticism, such as, “holding back combat is – and you know I have to say it – weapon durability.” The large inventory with the badly thought out weapon degradation is one of the features that do hold this game back and a bunch of people agree with this. Its not like Deadrising where, with the limited storage, you just pick up something and use that. The constant pause un-pause broke the flow of the game.

In my opinion no game is 10/10 worthy. That means the game is perfect and Zelda is one that’s far from it with its performance issues alone. I think that if people don’t like someone’s review then they should go read another. People love these kinds of games so much that they inherit it as part of their personality and an insult to that game is an insult to them. If you go to the bottom of Jim’s review it even says “7/10   Good” so I don’t get what everyone big deal is. Not everyone is going to like Zelda I for one dislike the franchise but understand it’s success and why people like it. Is it 10 worthy? Certainly not!

Review scores in general are kind of stupid. The fact that Obsidian missed out on their bonus from Bethesda because Fallout New Vegas scored an 84 on Metacritic instead of the stipulated 85 is not how business should be handled. I don’t like putting numbers on games but when I do anything that is 9 or above is unique, brand new. And runs at a decent performance. It’s all good having a perfect game with no bugs or anything like that but if it doesn’t run then what’s the point? Most games that get high ratings are people shouting at the amazing graphics and how “Micheal Bay Movie” it looks.

In conclusion the internet needs to stop attacking people because they voiced their opinions. The attack on Jim Sterling was literally an attack on free speech and I hope it doesn’t hinder any other reviewers from voicing their true opinion, whether that be giving a new game a low score on purpose to get traffic or giving a game a high rating because they don’t want to be slated for their opinion.

Twisted Bard Gaming Podcast 10: Where Can Zelda Go From Here?

Why I’m reluctant to buy at launch