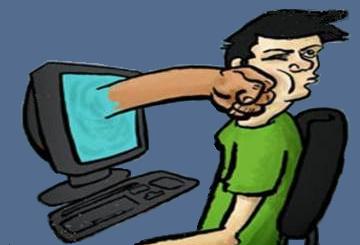 Reading the newspaper this morning I came across a story about a teenager who took their own life after online bullying. This makes three different cases reported the past few weeks of young people taking their own lives due to bulling and online abuse. According to Ditch The Label in 2015-16 1.5 million young people (categorised as those between 12-20 years old) across the UK had been bullied in the past year. Bullying has been a huge issue across all platforms. However the focus has been on combating bullying in the public sphere, i.e. in social situations in the playground, at school or in the workplace, but this has left the private sphere unguarded. A recent study in 2014 conducted by Fryling et al showed that out of a participating group of 1033 from the Animal Crossing Community, 78% had reported being the victim of some form of online abuse and cyber bullying whilst playing online multiplayer games. This worrying statistic shows that in an age where an ever-increasing number of both adults and children include video games as a preferred pastime, bullying is invading our homes. In the same study 91% of participants reported being witness to some form of online abuse. Do these figures truly represent the gaming community?

The online world is full of dangers, ever since the Internet came into existence we have been warned about what lurks behind the screen. However with the creation of Social Media our social lives don’t cease once we enter the comfort of our own homes. We are forever trapped in a realm of constant socialising. For many of us we can simply switch off sit back and enjoy disconnecting from the world that has caused us so much stress. We can see friends, read a book, catch up on our favourite shows or simply build a fortress of solitude in Minecraft. However for some, when they enter their homes and try to escape the world, their problems follow.

Statistically half of us have been bullied in some sense, and just under half of us have been involved in bullying to some extent. So we are no strangers to this issue. Most of us had that negative experience in our childhood and put those dark times behind us, but for those who are currently experiencing bullying there is little they can do to escape it and online abuse has created a feeling of being trapped. They can’t fight back as the bullies aren’t actually there. Report one account and within minutes another can be created to replace it.

A reason this form of bulling or abuse has risen is because most Internet mediums host individuals under complete or pseudo anonymity, therefore a sense of power is gained. Studies have proven individuals are more likely to partake in acts of wrongdoing if under the guise of anonymity. In the world of Online Gaming surely this does not exist as gamertags are directly linked with individuals who can be punished from abusing others?

Online abuse in gaming or ‘griefing’ has become a popular form of entertainment for some gamers. If you search ‘griefing’ in YouTube you would come across thousands of videos that advertise themselves with “…made them cry” or “…kid cries”, these videos often involve adults or teens purposefully targeting young users within the game and intentionally acting in a way to anger or upset the player. The term ‘griefing’ became popular amongst users and mods of Minecraft to describe players who target an individual or server by destroying their buildings or causing havoc. Servers would often have a function to report and ban those who were ‘griefing’, however creating a new account or just simply moving to another server can easily bypass this.

Misogyny is slowly on the decrease in everyday life, there are still far too many cases and examples of misogynistic behaviour happening every single day, one such area where misogyny is still ever present is in the world of online gaming. When one thinks of online gaming it is often seen as a place where everyone is accepted and where anyone can escape the labels and stigma placed by society. However the truth is that many people see it as a male dominated sphere, a place where women are seen as ‘pretenders’ or ‘attention-seekers’. Although many female gamers will have a positive experience with the majority of the online community, there will still be those few that make gaming a negative experience for women and still hold a worrying presence both online and offline. Many Role-playing games depict their female characters in revealing “amour” and over-sexualise them. ‘Gamergate’ is a topic that isn’t far from the minds of many gamers; it’s been covered by countless sources in much greater detail, so I will give you a quick summary for those who may not know about this. ‘Gamergate’ covers issues in sexism in the video game culture and arose from the hashtag “#gamergate” and stemmed from a harassment campaign that began when game developer Zoe Quinn’s ex-boyfriend wrote a slanderous blog accusing her of using her gender to promote herself and threatened her. The hashtag was used by those supporting Quinn’s ex-boyfriend and used to threaten her and other women within the gaming community with sexual assaults and death. This example shows how prevalent and worrying this misogynistic and abusive behaviour is amongst the online community.

With such a reputation not far beneath the surface it is not hard to see that bullying has progressed with technology and has even become more of a danger to those who are affected by it. These are extreme and isolated examples and it shows that even in the gaming community there are those who still wish to hurt others.

How can we stop this from occurring?

If you are being bullied or abused by someone online there isn’t too much you can do except take note of their gamertag and report them to the developer or to the authorities. Try to gather evidence of this abuse, screenshot any abusive comments or record the game footage to help any investigations. If you happen to be a witness to clear bullying, misogynistic or abusive behaviour then step in, help gather evidence for the victim, report the abuser and help defend the victim in whatever what you can.

Do you think there is a problem in Online Gaming? What have been your experiences?