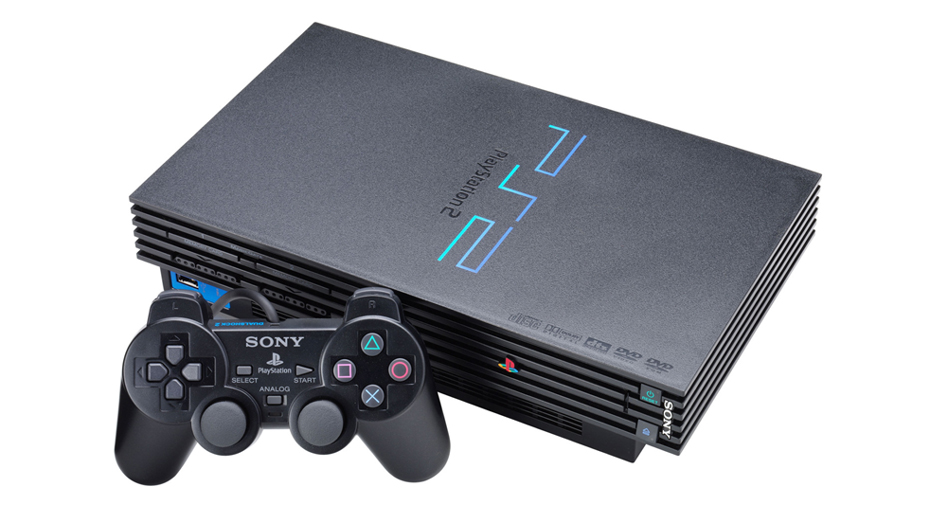 The PS2 was and still is the best console ever made. It sold over 155 million units and for good reason. Here are my top ten PS2 games of all time. If you want to know why I think the PS2 is the ultimate console click here, for more of my work click here.

My very first taste of open-world sandbox games. The third entry in the Driver series was my poor man’s Grand Theft Auto. I don’t believe I ever touched the story mode, but the Take a Ride mode was assaulted and abused on a regular basis. Even though DRIV3R had a questionable control  scheme it was so fun to play, and the button layout made it even more challenging and complicated. The glitches had me and my friends laughing for hours on end and trying to run down civilians took far too many of my younger years away from me.

When I was younger I had no idea that Just Cause was on the PlayStation 2. I’d go to my friends house every week and we’d take it in turns playing until we died. That was very often as releasing your parachute at the last minute was so rewarding if you timed it right. When i found out the game wasn’t an exclusive I snatched it up and barely visited that friend thereafter. I’m a good friend, I swear….

This is the game that got me into Dynasty Warriors, and also the same game that they re-release every single year with a different suffix. Dynasty Warriors 4, Dynasty Warriors 7 Xtreme Legends, Dynasty Warriors 5 Empires… The list continues. Why fix it if it isn’t broken? I spent countless hours on this entry into the DW universe, and this is the last game I have in memory where Lu Bu was actually a threat and not just a washed up myth. DW4 to me was the pinnacle of the series, before it became a running joke in the gaming community.

The open-world Mortal Kombat game. The campaign mode wasn’t just a series of cutscenes and 1v1 battles, it had collectables, chests, different ways to unlock things via a graveyard full of iron maidens. Whilst not the most aesthetically pleasing or even the smoothest controlling MK game, Mortal Kombat: Deception is my favourite game in the franchise EVER. You play as Shujinko (Japanese for ‘protagonist’) and traverse the six realms in search of the six kamidogu (mystic relics). It added a very welcome twist to the normal, stale MK formula but wasn’t received well by many people. I received it well though, I love this game.

Movie games, TV show games, Music games (I’m looking at you 50 Cent) nearly always suck. I have two of them on this list and very nearly put Enter the Matrix on it too. If there was a time when they were great it was the sixth generation. Released over 25 years after the James Remar classic, The Warriors acted as a prequel to the movie, and boy was it fun. The game benefited from local player vs player modes and the open-worldish campaign could be played co-cooperatively too. It’s a shame my missus hates the game or I’d no doubt be playing through it again.

The best GTA title, San Andreas. The PS2 was the home of a lot of best entries to franchises, and some franchises even were born and died on the console. GTA lived through it and flourished. CJ is the best protagonist a GTA game has seen and there’s just no limit on what you can do. Another game to feature couch co-op, GTA: SA was a hell of a lot of fun with or without a friend to join you.

Countless hours. Me and my brother played this so much. This disc got so much play in my household until the PS3 arrived. When I cashed out of gaming a few years back this was one of the games I parted with. I regret that so much, the Galactic Conquest mode was amazing and made any other game in the genre cower in fear at the sheer power and capabilities of this game. Space battles, dog fights and the mix of both of them was to die for. I’ll no doubt have this in my collection again soon, just talking about it has me excited.

Only the best racing game of all time. Burnout 3 is critically acclaimed and extremely well-deserving of that. The game is long but doesn’t bore you, the mechanics are unrivaled and were so unique for it’s time, Burnout 3 is the game to beat, and it’s been 12 years and nothing has come close. Do yourself a favour and source this game on either console and play the fuck out of it. DO IT!  For my full review click here.

The biggest hidden gem in my entire collection, this has an aggregated score of 48 on Metacritic, and for the life of me I cannot figure out why. Five potential characters, close to, if not over a hundred different playable followers. beatdown has it all. My favourite beat em’ up of all time -regardless of console. It’s such a shame this game is so unknown, I’ve never met anyone else that’s played it. For my full review click here.

My favorite game of all time, on any platform, of any generation, Timesplitters 3, or Future Perfect is in my honest opinion the best game in the series. It takes everything that made Timesplitters 2 so great and refines it. It’s such a shame that Free Radical made Haze after this… that garbage. If Free Radical hadn’t closed I truly believe Timesplitters would be the most popular FPS franchise of all time. I’m keeping my eyes peeled for a home console release of the upcoming Timesplitters: Rewind, considering I signed many petitions to Crytek to make TS4. I’m very in love with this game. For my full review click here.

Please remember this is all my opinion, and to be honest I don’t care if you hated DW4 or thought Timesplitters 2 was better. These games had the most positive impact on my gaming in a very influential time for me. This games have nearly all stood the test of time too, with a few minor exceptions (DRIV3R). Thanks for reading and I look forward to hearing your top ten, not the reasons why you hate mine.

I Grew Up with Gaming and it Saved My Life