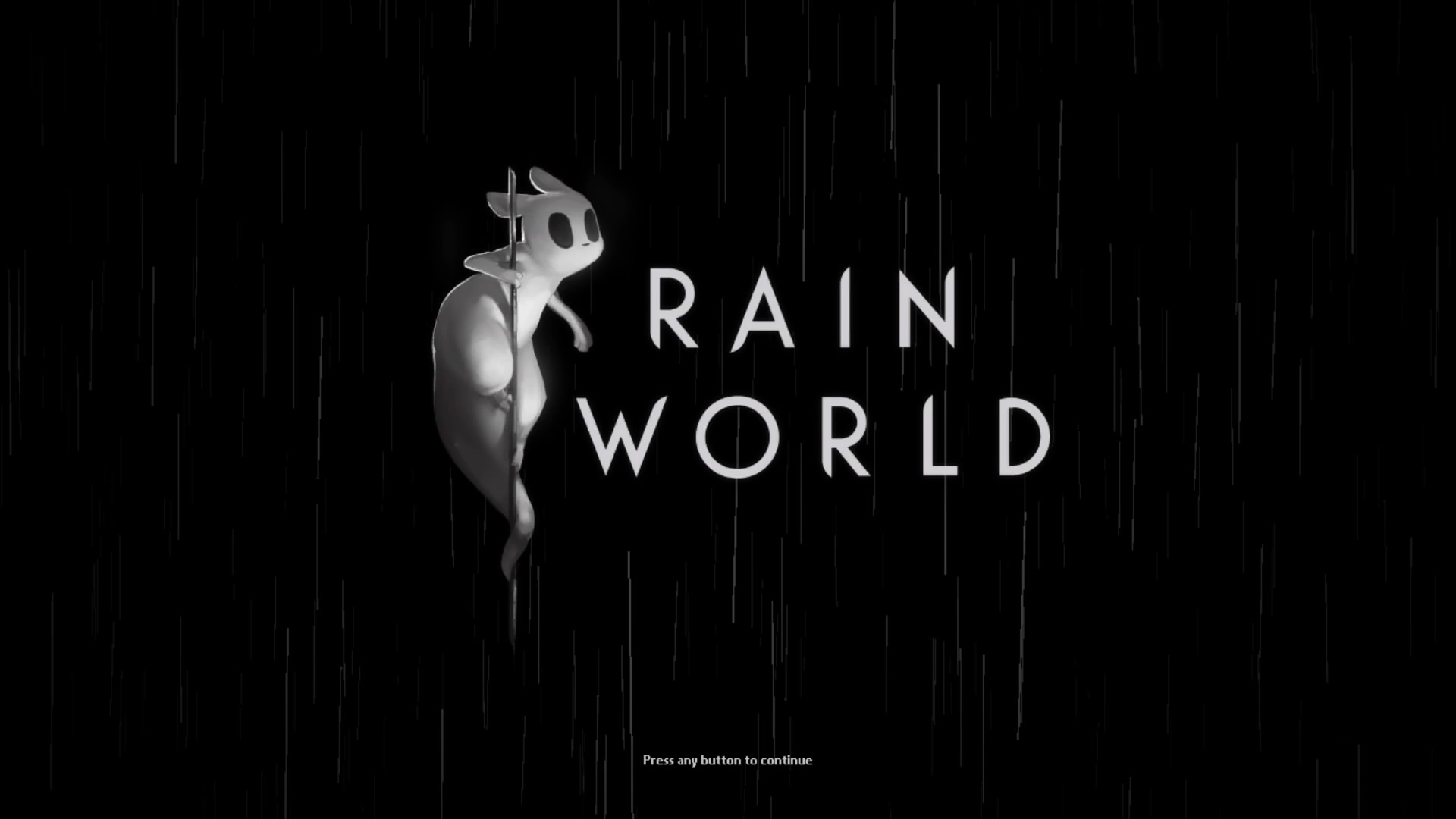 Where do I start with giving a solid review for the game Rain World? How can I give you the reader, a fair assessment before you decide whether or not to invest your time and money. The best way I can is to tell you, this is not a game for everyone. It’s visuals are it’s strongest aspect, as the gameplay can get a little boring. You can stare at the game all you want, but that’s not enough to keep playing it. I played for almost an hour before I had to quit it and throw in Dark Souls 3. I love challenging games, but it has to have elements that draw me in and make me want to keep playing. That’s where Rain World falls short for me.

Right off the bat I found the playable character, Slugcat, to be a little unresponsive at times. This was not good when I am trying to avoid by being eaten by the colorful enemies. Between jumping, running, and grabbing items you don’t have time to rely on unresponsive controls. There are poles to climb, objects to pick up and prey to eat yourself. All in all the game is bare bones at best. Which is not always a bad thing, but in this case…uh yeah.

I am huge fan of puzzle games and survival games, yet Rain World feels like neither. It plays like a free game you might get on your phone or tablet. Visually, it is boring and brings nothing to the over all feel of the game. I just don’t know where they were going when they developed this game. I have tried to play it again, so I can give it a proper chance. Rain World has nothing to entice the player or keep you engaged enough to want to play it for hours on end.

Visually the game is bland and so is the sound track. There is not much in the game for music or sound in general. Honestly, the only good part is when an enemy approaches. The music slightly intensifies trying to create a panic. I found myself just running around to avoid being eaten just to hear the music. Like I said, bare bones with nothing to truly offer. What a shame because I was excited for this title.

The idea is neat, but it is poorly executed. Which leads to game that feels like something is missing. Difficulty wise it is a bit of a challenge and I love nerve wracking challenges. The satisfaction when you beat a difficult game is like no other, when a game has a challenge it should draw you in time and time again. Just to beat the shit out of you leaving you with a rage to retaliate. Rain World makes you bored during the struggle to survive, leaving you with a bad taste in your mouth. You just have to turn it off and play something else, hell to anything else!

I am personally disappointed, but sometimes a developer needs to fail before they create a masterpiece. I will look forward to see what Adult Swim will do in the future. Just not going to be playing this title anymore and probably, won’t ever try it again.

New Call of Juarez Game on the way or will Far Cry 5 be set in the Wild West?

Has officially sworn an oath to the Vilebloods. Once fought along side the Belmont clan. Is currently awaiting for his ship to arrive so he may go explore the universe.