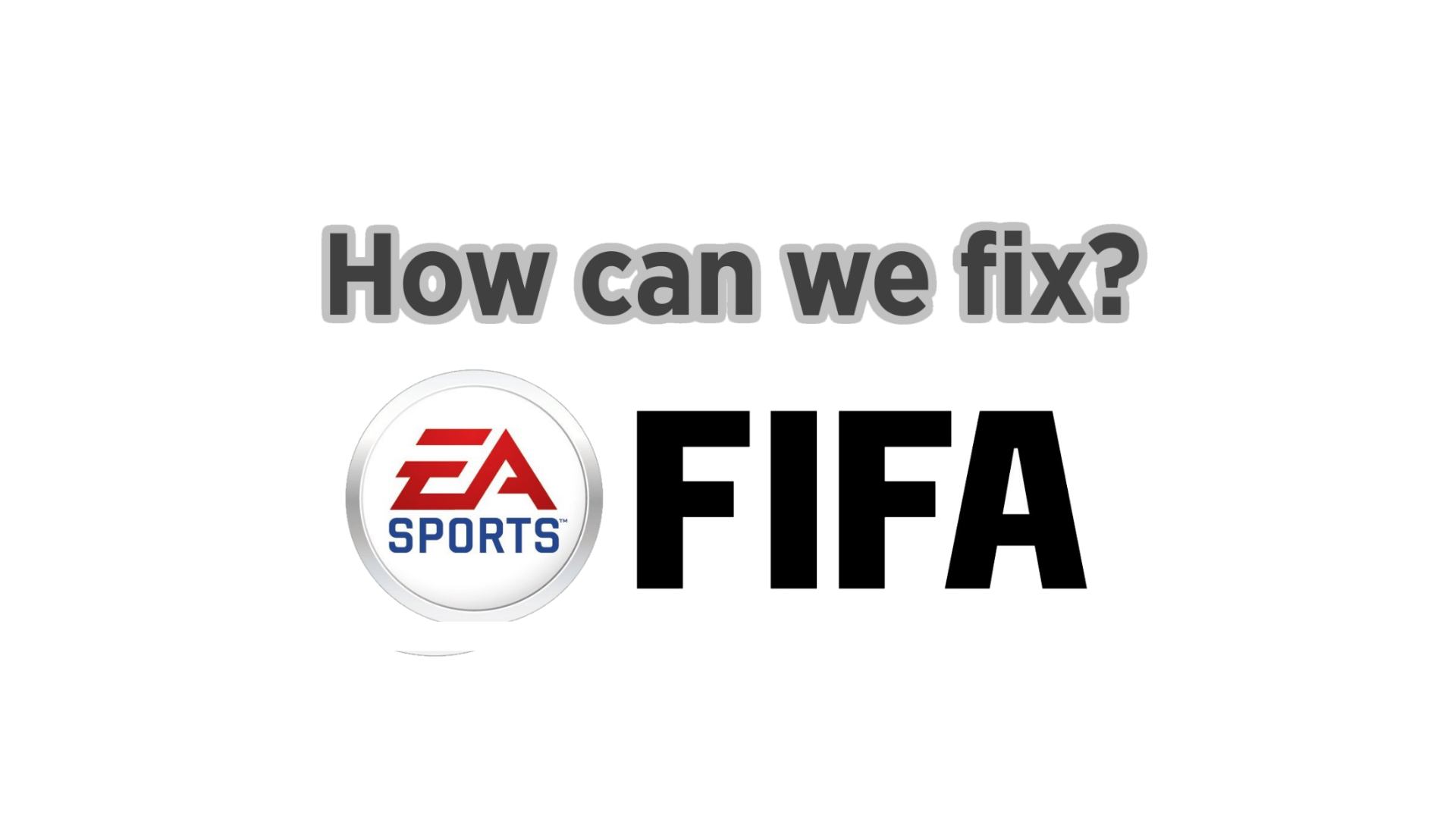 For me FIFA is a game that’s built upon such an unsteady love-hate relationship, I’ve been playing the EA Sport’s FIFA series since the very beginning in back in its 1994 isometric form, over the past 23 years I’ve bore witness to the little baby steps the series has made every year to morph into the juggernaut AAA title it is today.

We’ve been following a pattern for all these years, more so over the past few years, the new FIFA is announced, with the promise of smarter AI, improved controls and a slew of new features, consumers get excited for a few months and then eventually we get the same game repackaged and sold to us, and shame on us for buying it each year (myself included).

The current iteration of FIFA has been shaped and moulded by the drive to make the game not only a fulfilling experience but also a very profitable one. I’m going to suggest some changes I’d love see EA make to the series that might not necessarily make complete sense from a business perspective, but is totally for my own indulgence. Deal with it…

I’ve got mixed feelings about Ultimate Team, it’s a game mode that’s really thrust FIFA forward but in the same stroke ruined everything else. The micro-transactional nature of Ultimate Team creates a mini economy with each iteration of the game that at the end of each year gets effectively reset as very little carries over from one game to the next.

You could spend £600 to get the best team, buying players packs until you’ve got all the legends/team of the season players you want and then, poof! New FIFA’s out and you go back to the start. It’s great for EA, each year they get a massive boost in FIFA point sales that surpass what the game brings in at retail and each year players are emptying their wallets to get the latest in form Premier League legend.

This massive profitability factor means that Ultimate Team is the only mode that seems to get any attention, even if that is still quite gradual each year. It makes me as long term fan of the series frustrated to see the traditional game modes left to go that little bit more stale every year.

With all this in mind the first thing that I think would be great to see is that Ultimate Team & FIFA actually split into 2 separate games, Ultimate Team being a Free to Play game that uses the FIFA match engine and has an economy that lasts more than 12 months at a time. People can build up teams and come back a few years later and the team will still be there, infact, some of those old cards might hold decent value because you’ve got a 2014 in form Ronaldo, even more value than those shiny new players that people have. Each year a big update can be applied with the new and improved match engine and there you have it, a solid free to play offering that’s compelling and diverse, a framework where pay to win doesn’t seem like such a cheeky ask from people who haven’t already paid out for a full triple AAA title, and an economy that can remain constant and what you buy actually has a bit of long term value.

Tell you what EA, just for 1 year, just once, do nothing. Leave it alone for a year and get to work into adding reasons why we’re playing football and not wasting time adding teeth into the crowd’s heads or spending 2,000 man hours into making a ball look a bit more round. The game engine you’ve got isn’t perfect but just leave it alone and work on everything else, come back to it when you’ve had a chance to chew on it for a bit, it’s okay I can wait.

Now that we’ve got FIFA as its own entity, separated from Ultimate Team, let’s have a look at the long standing career mode. For me, I waiver on career mode, I can spend a good few weeks on it and bang out a few seasons and then not touch it for ages. It’s needs a bit of work, a bit of TLC, just to elevate our footballing experience and deliver us more reasons of ‘why’ we’re playing football, not just giving us a game whereby we can play football.

First of all I would take a look at EA’s previous attempts with FIFA Manager, a now dead series that for years tried and failed to compete with the juggernaut that is Football Manager. FIFA Manager was actually a really well made management game in quite a few ways, and so many of the concepts they had they could easily integrate into FIFA’s career mode. Personal life options, design your stadium, merchandising & tactical overhaul. Why not even allow players to watch a match in career mode rather than controlling a side, give players a meta football management game that doesn’t have the level of detail that the Football Manager games have, but instead has a very pretty 3d engine that blows FM’s quite honestly very outdated graphical 3d match engine to shame. It makes so much sense that I don’t see why they can’t do it with just career mode how it is, Football Manager gameplay isn’t for everyone, but there is a market for it and I for one know there’d be a career mode save I’d have that’s reserved for just watching matches if it was possible.

I’ll be upfront, Pro Clubs is pretty much the only FIFA mode I’ve played in 6 months, if you can get a team going and really get involved in playing pro clubs, it can really put the other game modes to shame. The level of cooperation, discipline and footballing knowledge required to be good at pro clubs is much higher than other modes, off the ball positioning is an aspect of the game that traditionally the AI takes care of for you, but with Pro Clubs you’ve got learn how to get good at positional play.

The reason why this game mode isn’t as popular as others is the team aspect means that matching up with strangers in a ‘Drop-In’ match is mostly going to frustrate you, with greedy players, goalkeepers with skill moves and stupid passes you’re not going to have a good time. But if you and few friends can form a team and play within a club you’re going to find it hard to go back to single player modes.

Pro Clubs has barely been touched in 4-5 years, with minor tweaks each year to the same old framework means that the community stagnates. A few simple features will make this game mode just a bit more of an appealing for the wider audiences.

First of all, punish bad players, bad players can ruin the core pro clubs experience, I’d like to see a system where players ratings can drop based on poor performances, even it’s just a form deduction from your base rating. For example if your pro is rated 80 and your match ratings are lower than 6.0 then you will slide down to 75, but if you’re playing well, not losing possession for your team and not making big mistakes then your pro can be in good form bringing you up to at most 85.

It would also be nice for if you could play matches against AI teams for training or even just do some of the practice drills with your pro clubs team just so you can work on some good set piece routines, or work on your 1st time passing as a unit.

Another suggestion I see bouncing around the pro clubs community is that having either levelled or tradeable AI players that can fill the gaps in your team. Even if it’s balanced in the sense that every team has a budget and you can use that budget to buy real world players, and with each league or cup you beat you get a larger budget to sign slightly better players.

Most the suggestions given in this article are never going to happen as they would stand to lose EA too much money, but damn if even half of these features were included in the next FIFA it’d be a welcome breath of fresh air from the repackaged game we get every year.

Is there any changes you’d like to see come to the FIFA series? Let us know, we love opinions!