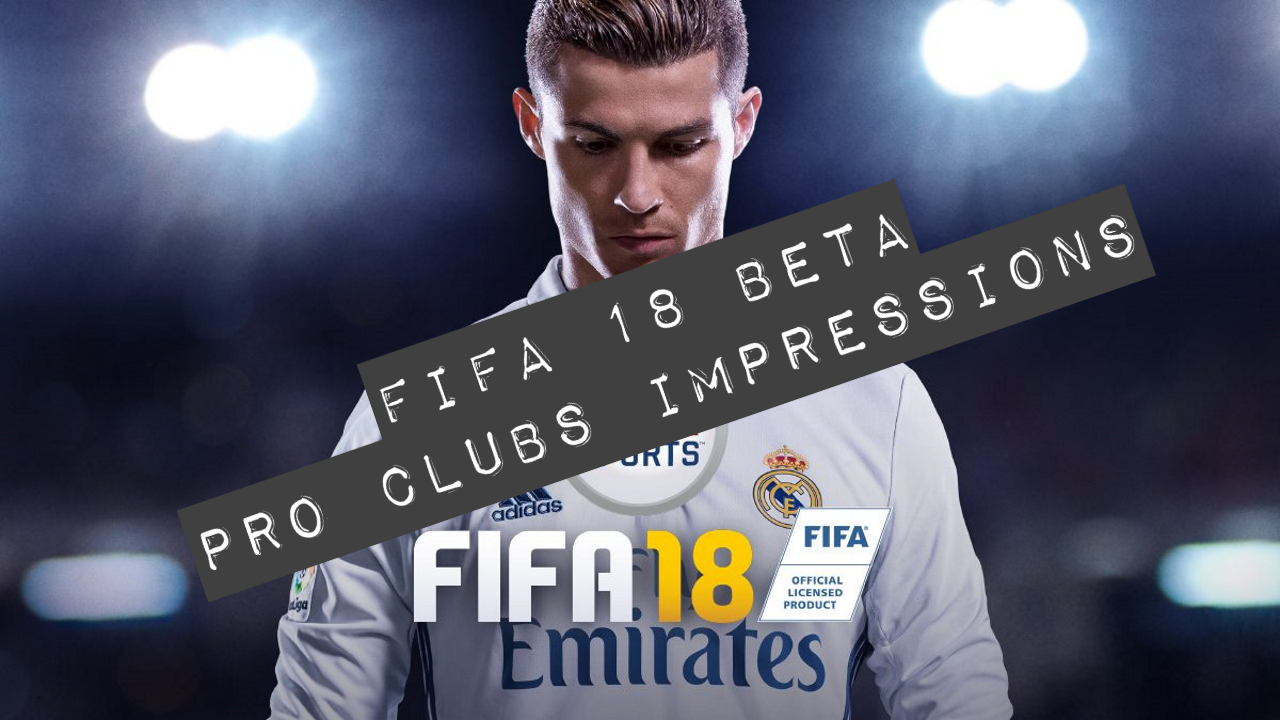 It’s that time of year again. Transfer silly season is in full swing, the new league campaigns have begun and the next instalment of EA Sports’ FIFA series is on many a fan’s mind. For Pro Clubs players like myself, the same old question rears its ugly head: how much (though perhaps how little is often a better question) attention will the mode have been given by EA, and has it yielded good results?

I’ve been checking out the closed Beta over the past couple of days, and here are my thoughts on Pro Clubs in FIFA 18.

As a brief introduction to any readers that aren’t familiar with the game mode, Pro Clubs sees you create your own Virtual Pro and band together with a group of friends to form your own club, with everyone controlling a single player in matches that can have 22 real people playing against each other.

This year, the new player development system has been further fleshed out and changed slightly. Previously, players had Skill Points and several different traits to use them on; you could spend a couple of points to directly increase a stat such as Free Kick Accuracy, or spend a point to give your player the ability to throw the ball giant distances from a throw-in.

In the new iteration, the points are greater in number and give more gradual bonuses. Rather than spending three points to instantly have five-star Skill Moves unlocked, Skill Moves are split into three separate upgrades, with each increasing your moves by a single star. This allows more fine-tuning of your player to make him behave just as you want.

To go with the development of the traits system, EA have added in Play Styles; essentially three slots where you can save a setup with a height, weight, position and traits to enable switching between them quickly and easily.

This, along with other new menu options such as choosing set-piece takers and other such roles in the match lobby, allows you and your teammates to organise yourselves quickly and easily, and will reduce the time you spend waiting for your mates when they get distracted whilst changing their height, only to instead spend five minutes debating how high to wear their socks and what colour tape to put on them.

Taking to the field

Once on the pitch, the game itself feels quite different from its prequel. Pace is making a comeback, which will no doubt be an unwelcome change to many.

This of course makes it harder for defenders, and the pace combined with more fluid gameplay will give defensive players a real challenge this year – crosses also seem very strong if pulled off correctly and balancing aerial ability with pace will most likely be the key to success in these positions.

From an attacking standpoint, I felt shooting was harder to start with, as the ‘sweet spot’ on the power bar that would have your player put the ball into the top corner seems much smaller in FIFA 18. However, keepers were also easier to beat, and near post shots are viable once again.

Passing is a tad inconsistent, but at the same time it’s entirely possible to put together a one-touch masterclass that would make Andres Iniesta weep tears of joy, and it feels fantastic to pull off. EA seems to have made a large variety of playstyles effective this year, and that can only be a good thing for keeping things fresh.

While we haven’t had the addition of regularly requested features such as group drop-ins akin to those in the NHL series’ EASHL game mode, the additions that have been made seem to be positive ones that will serve as useful tools for players.

The gameplay itself is fluid and feels very enjoyable, and I’m looking forward to getting back into it come the game’s full release on September 29th on Xbox One, PS4, and PC.

For those of you itching to get your hands on it before that, there will be a demo out likely around two weeks from release, and EA and Origin Access subscribers on Xbox One and PC will be able to play a 10-hour trial of the full game from September 21st.

GOING DOWN IN THE WORLD - Beneath a Steel Sky | Part 2