Fear the Undead: What is the Most Terrifying Zombie Game? 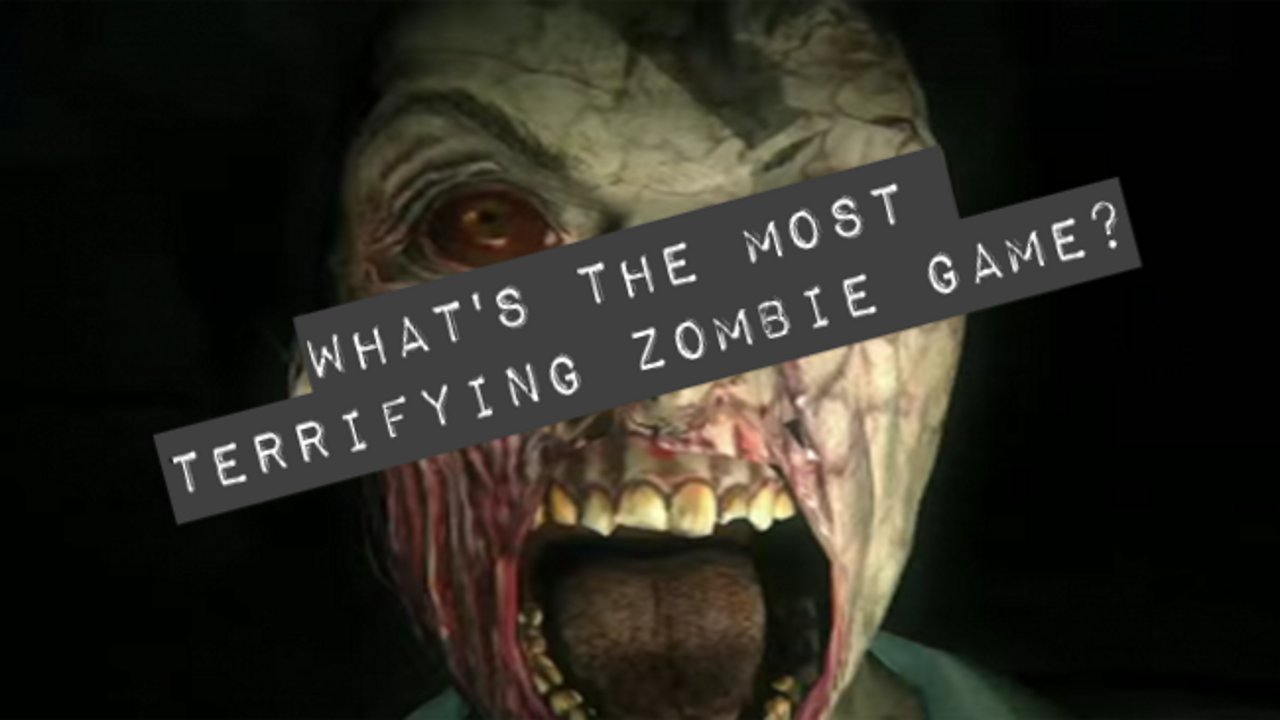 With October two months away, everyone can be excited for all the upcoming horror games. Nothing is more fun than that uneasy feeling of being watched, not knowing if running is the best option, or hiding. With the death of George A. Romero, there is reason to suspect that there will be a lot more zombie games. Before that though, let’s go ahead and look through current (and past) zombie games, and decide which is the most terrifying zombie game out there.

Perhaps the most scary zombie game should go to Left 4 Dead, one of the many gems of Valve. Imagine the thought of being in a safe room that is double barred, has all the ammo and medical equipment anyone could want, just to leave the room and being swarmed by 500 28 Days Later style zombies. Sure they all die in a few shots, and can be chopped in half, but then when you feel as though you are most safe, some mutated human walks up and tears one of your friends in half. Then another mutated zombie rips out its intestines and proceeds to strangle another one of your friends. Before you can save either of them, a fat zombie wanders over and barfs on you. In a panic, you shoot it, and it explodes, and another 500 zombies come running from around the corner to kill you.

Now let’s say that you live through all of that, but unfortunately, your friends died. Nothing is worse in Left 4 dead than being alone. Running as fast as possible to the closest safe room is the only possible way to live. Then you hear it. The crying. It is dark, and there is the crying of a little girl somewhere nearby. And you move closer toward the sound just to find some long nailed, red eyed, pale skinned woman whom proceeds to growl and scream at you, then chases you until she rips you apart. And if you are smart enough to not startle the witch, then a giant death monster similar to The Incredible Hulk runs up, and smashed every bone in your body to dust.

So Left 4 Dead? Pretty darn scary. A lot of fast running zombies, mutated zombies, and being alone is the fastest path to die. But there surely there are more scary zombie experiences…

Contagion, created by Monochrome, Inc, is a special form of horror. Zombies are more traditional than in Left 4 Dead. They do not run, and the most threatening zombie that anyone will deal with is clad in swat gear or recently turned zombies that can run. Undead are still smart enough to sneak up on players, climbing through air ducts and hopping fences to get to their succulent treat. Zombies CAN be killed with body shots, but headshots are much more important, as they will kill all zombies immediately.

What truly makes this game horrific, however, is the settings. Imagine this. You receive a text from a random stranger that claims he wishes to help you, and for the most part, he is. Apparently he watches your every move, and gives hints on what you should do next. Unfortunately for you, just about everything he tells you to do, leads you into either an open area with 40 zombies, or an enclosed area with no light, and no doors that can hold the 15 once humans from getting to you. Good news though, you have found a total of 150 rounds for the pistol you came with, and it was no trouble at all to dispatch them, but one snuck up behind you and you are bit. You keep moving to get out of this place, but you notice that lights are so much brighter. Your stamina is draining rapidly with every step, and in the back of your mind, you know. You are infected, and there is no cure. Best thing you can do is just take whatever you can with you in one last blaze of glory.

Contagion features the beautifully classic Romero zombies that are only threatening in numbers or in the dark. Unfortunately, every place you go is dark, and the guy on the phone is not too helpful. Ammo is plentiful everywhere you go, so it could be worse, but being bit can very well be a long, agonizing death as the infection can spread and turn you. Not always, but it is certainly a possibility. Of course, make sure to drop the key to the exit for any allies before you decide to die in the basement filled with that giant horde of monstrosities.

Ok, Contagion is a little difficult to beat, but there is one gem in the current zombie game genre that is truly horrifying. It is not the best designed, and certainly not the most fun to play, but that only adds to the horror. Right now, it is available on Steam as Zombi, but it got the most coverage when it was known as ZombiU, a zombie game created for Wii U by Ubisoft.

You are a random civilian in England that is now infested with Romero style zombies. They do not die from easily without headshots. Unfortunately, since it is in England, there are hardly any guns, and even less ammo. Luckily, much like in Contagion, there is a friendly neighbourhood Big Brother watching over everything you do through the cameras, and he has left you with a big bag of supplies, along with the famous England cricket bat. That is right, if you are going to deal with zombies, you have to do it close up and personal. Staring them in the face as they try to bite you, and they come in droves, so running might be a better option.

So you risk the chance of infection whenever you go into the field. Even worse, however, there are mutated zombies like in Left 4 Dead ranging from the occasional runners, SWAT zombies clad in armour, zombies that spit acid on you, screaming zombies that attract hordes, and zombies that like to explode if you get too close. Look at the bright side though, at least you have a flashlight, compass, and map to help you navigate…or do you? Some zombies mutated in such a way to jam your radar and compass to try to fool you into taking a wrong turn into certain death, and pray to every deity you believe in before you enter the nursery because there is one more zombie there that is far worse, and circumstances are not in your favour.

Maybe you are lucky and learn how to survive long enough to learn that the guy that has been helping you does not care about you at all. He just wants a lackey to do all the suicide jobs for his own personal gain, and if you die, maybe the next guy will do better. Shame they won’t have all that supplies the last guy had…

What’s the most terrifying zombie game you’ve ever played? Let us know in the comments.

I am a cool guy that just enjoys D&D, video games, and all things nerdy. I have a Youtube channel that I try to keep up with, and I am always looking to meet new people. My username is typically the same everywhere, so...yeah. Find me.

The Fun of Speedrunning