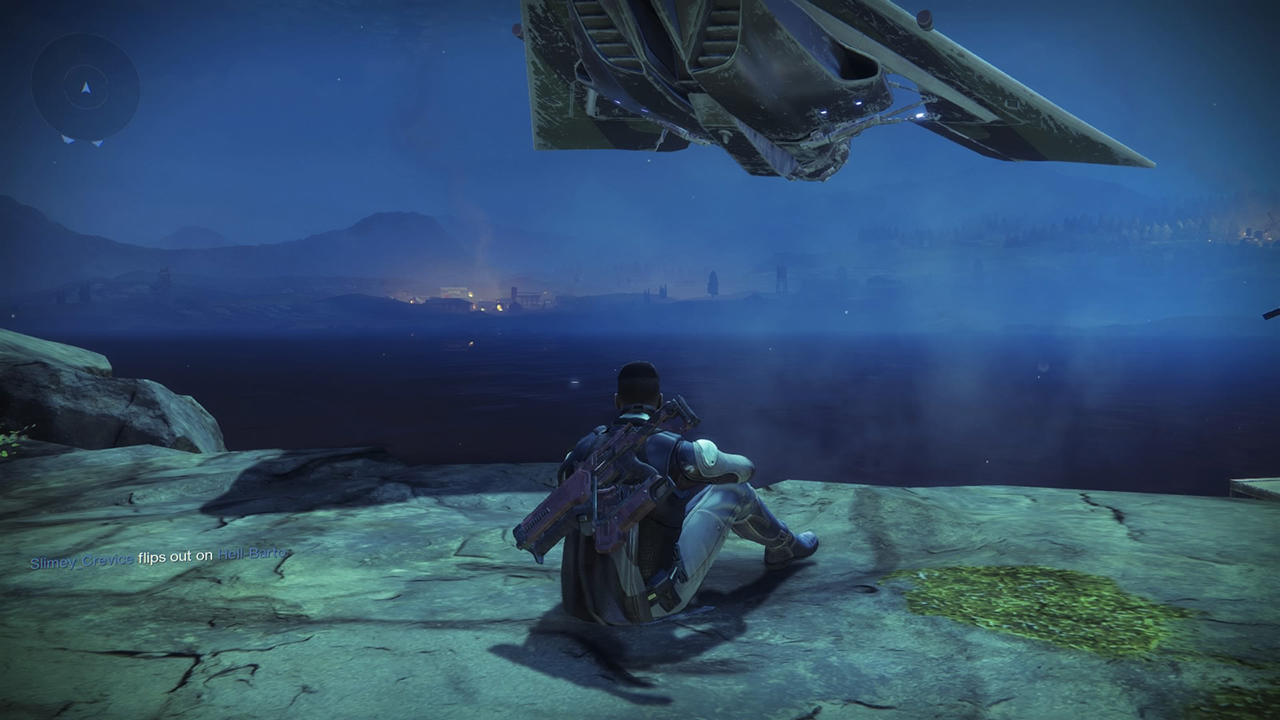 Destiny 2 is a fantastic video game. It took Bungie a while to figure out how to give Destiny a soul beyond the constant grind for loot and Destiny 2 definitely nailed it.

Not only does it have a great main story running through it with interesting missions, it has a cast of characters that are actually enjoyable to listen to and interact with.

I do have one problem with Destiny 2 though. For such a connected experience, it can be pretty dam lonely to play.

Loneliness is an unusual feeling for someone who spends the majority of his time playing single player games, whose very nature means I’ll never interact with another human player.

So much of Destiny 2 is built around playing with other people. Running with your fireteam gives you access to better gear, the raids and strikes and not to mention that some of the game’s milestones really require you to have a team in place to place with.

It’s not just the game that creates that sense of loneliness, so much of the conversation about Destiny 2 is people talking about their fireteams and how they raid together and make the most out of Destiny 2’s shared world.

All of this combined is kinda tough to handle for someone who just doesn’t have that kind of friend network.

It’s me not you

Now I’m certainly not blaming Bungie for making me feel this way. In fact if anything it shows just how good a job they have done of making people feel like they are all sharing the same game space and making people want to experience it with friends.

Public events did bring me together with other players and I’ve completed quite a few heroic events that way but once they are done everyone just heads their separate ways to plunder the world alone.

I definitely think that I would have appreciated the option to complete missions and explore what the game has to offer with other players. I kept my matchmaking set to public throughout my time with the game and even then the only time I was put into a lobby with two other Guardians was during a basic strike.

Bungie have said that they don’t want to have matchmaking in the raids to prevent the frustration of people being matched with players who aren’t interested in working together to complete the objectives in what are very difficult scenarios.

Does it have to be this way?

Maybe it’s silly to worry about loneliness when game developers feel they need to purposely keep players apart to stop them making each other’s lives miserable but I can’t help but feel that it’s wrong to keep us apart.

At least Destiny 2’s guided games feature, which allows you to join a fireteam that are willing to guide you through the tougher raids is definitely interesting and something that I would like to try.

Still, some of my best memories of the first Destiny come from raiding with a fireteam made up of strangers. Sure there was the occasional game where someone was inactive or spent the whole time running around the wrong area for seemingly no reason at all but much more often than not I was in a team of people all working towards the same goal, killing the bad guys and reviving their teammates.

I think a little more faith in humanity and maybe a little rating system after each match to ensure those who don’t play nice find it harder to join games would be a welcome change to Destiny 2. It would certainly let me feel like I’m actually able to take part in the big connected world Bungie have created.