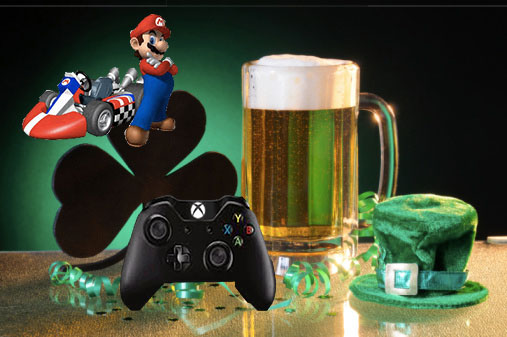 In honour of St. Paddy’s day, the kind folks at TwistedBard would like to help you celebrate in your own unique way. We have delved deep into the memory banks to bring up some blurry nights of immense fun and drinking.

St. Patrick’s day is held on the 17th March to commemorate the death of St. Patrick (the Patron Saint of Ireland). In modern times St. Patrick’s day is celebrated across the globe as those who clutch onto the smallest slither of Irish heritage use the day as an excuse to go all out and just get smashed. For those of you who want to celebrate the day, but don’t want to go out and face the drunken masses, here are a few drinking games you can play in the comfort of your own home with a trusted group of friends:

-Number of drinks? Either one beer per lap or a set number of beers per race

Note: This drinking game can apply to any Racer, Mario Kart is just a lot more fun

Requirements: 2-4 people, enough alcohol for at least one drink per race.

-Number of drinks? No set limit, enough to keep you entertained.

-Number of drinks? Any number will do for this game mode

-Who drinks? Both players (unless you are unbelievable good and a clean player) 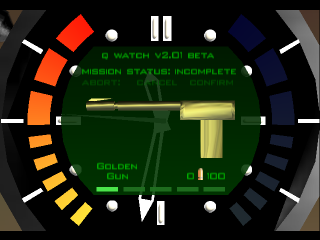 Requirements: 2-4 players, optional amount of alcohol, any game mode where every player has a chance to have the Golden Gun

-Who drinks? Any player who dies

Requirements: Any number of players (playing one at a time), lots of alcohol, and a bin or toilet nearby.

Number of drinks? Plenty, this will be a rough one (unless you are a Dark Souls master)

Who Drinks? All players

Number of Drinks? Any amount will suffice

Who Drinks? All players

Rules: Drink every time you die. You will die…a lot. If you are mediocre at games and of drinking age then you will be dying a lot. At least the drinks will numb all the pain of the constant references to your Mother’s sex life.

Any classic games we’ve missed? Any unique games that you and your super cool friends came up with? Let us know in the comments.

Call of Duty Zombies For Idiots: The beginning (1/17)