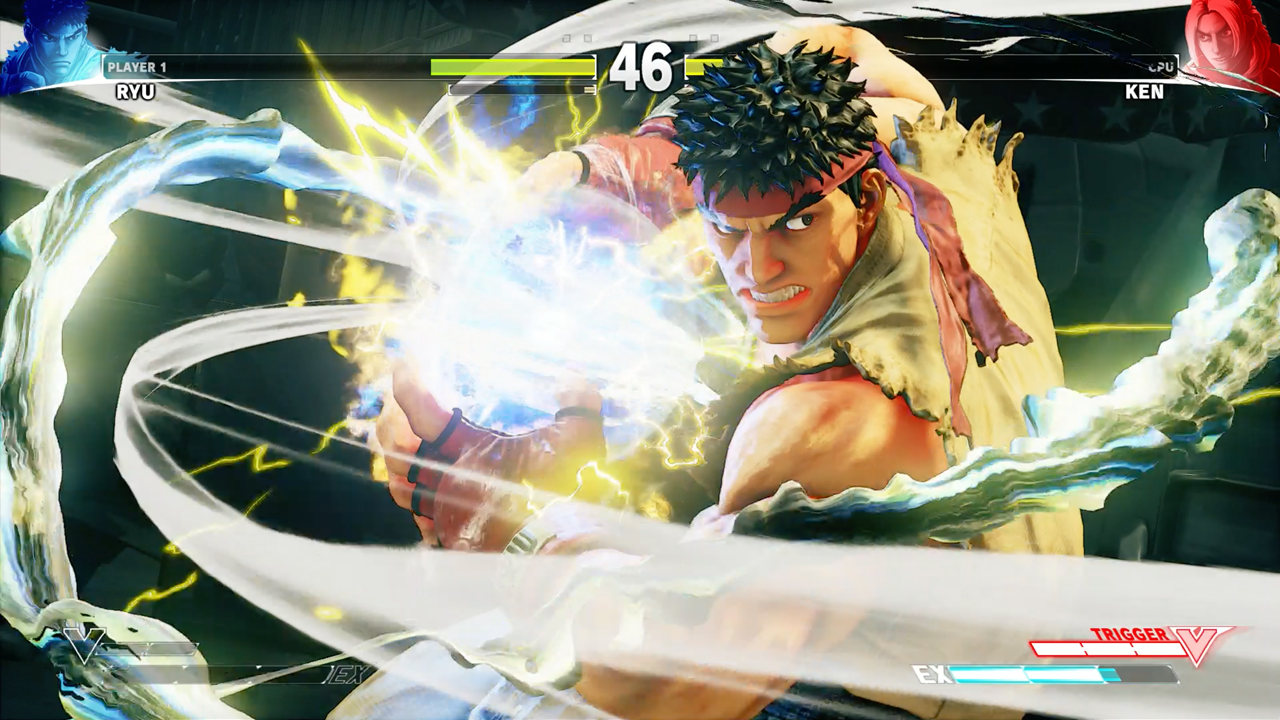 The mechanic is simple: a bar is slowly filled, usually by giving or receiving damage, and then flashier moves can be performed that deal more damage, give more points, and most importantly; provide inner satisfaction. These, are Super Combos! Since their first appearance on Samurai Shodown in 1993, Super Combos have become a staple in many fighting games. In Street Fighter, they have been usable since Super Street Fighter II Turbo.

Though they have also been known as Super Arts and Critical Arts, we will refer to them as Super Combos. This list will examine the top 10 Super Combos of all Street Fighter games. Ultra Combos and the crazy Meteor Combos will not be counted, although, some exceptions will be made for demonstration purposes. The order is based upon flashiness and uniqueness. Though the list strives to be objective, some personal preference is also included.

Blue Nocturne is unique because it’s a counter Super Combo. When activated, Remy will raise his front knee and will counter a received attack. This Super Combo can counter normal attacks, special moves, and even other Super Combos. However, Blue Nocturne must be timed well for it to be effective. If Remy is struck with a lot of consecutive hits, he will not be able to counter. Another con is that Blue Nocturne can be quite predictable due to Street Fighter III Third Strike’s feature of selecting only one Super Combo per fight.

X.C.O.P.Y. can be considered one of the most unique Super Combos. Thanks to the science of the “Secret Society”, Twelve has the power to transform into his opponent. The transformation has a time limit and while it lasts, Twelve can use all of his opponent’s attacks, excluding Super Combos. His attacks attacks deal more damage and he also takes less damage. One fallback to X.C.O.P.Y. is that the Super Combo can be interrupted by the opponent. If Twelve is hit while transforming, the transformation will not take effect.

This Super Combo has many variations, and it only appears in Street Fighter Alpha 3. The Sardine Beach Special consists of steps that need to be timed carefully. The Super Combo by itself consists of R. Mika running toward her opponent. Depending on the follow up, R. Mika can perform different moves, most of which involve summoning a wrestling ring to aid her in aerial attacks. The fun thing about the Sardine Beach Special is that you can mix and match different follow ups depending on the buttons that are pressed.

The Rolling Izuna Drop also consists of timed steps. This Super Combo first appeared in Super Street Fighter II Turbo and it can be used after the Cage Climb or the Wall Jump moves. However, the Cage Climb variation does not appear in all games. When successfully used, Vega will jump and grab his opponent for three consecutive Izuna Drops. In Street Fighter Alpha 3 the move looks absurd and exaggerated due to how high Vega jumps during the suplexes. Vega finally got his cage back in Street Fighter V after more than 10 years (not counting remakes), but sadly the Rolling Izuna Drop is not his Super Combo in the game. So Vega fans will have to settle for Cage Climbs with normal Izuna Drops.

Along with X.C.O.P.Y., this can be considered one of the most unique Super Combos. The move activates by itself and refill’s Gill’s life bar completely after being KO’d. This, along with other features, has made Gill into a fairly cheap and hated boss among the gaming community. On the bright side, Resurrection can be countered in a way that prevents Gill from recovering completely. So far, Gill and Resurrection have appeared only in the Street Fighter III games, but we’ve already gotten hints of him possibly appearing in future updates of Street Fighter V. We hope that Resurrection can make an appearance again… Or do we?

Aegis Reflector is probably one of the most popular Super Combos of Street Fighter III: Third Strike. Since it’s introduction, the move has been very popular among Urien players in competitive battling. The move can be used as an offensive and defensive attack, as a set up for combos, and is excellent for juggling. Aegis Reflector appears as Urien’s V-Trigger in Street Fighter V, but it’s function as a move is still the same. Aegis Reflector is a Super Combo with a lot of potential if you know how to use it correctly.

The Bushin Muso Renge is one of the flashiest Super Combos. First introduced in Street Fighter Alpha 2 Gold, Guy grabs his opponent and pummels them in a dynamic sequence of strikes. The screen alternates between black and white flashes in which we see Guy beating up his opponent. In Super Street Fighter IV the Bushin Meso Renge becomes one of Guy’s Ultra Combos. The attacking sequence and the presentation become more complex. Dynamic camera angles and quick ninja strikes replace the screen flashes and strikes. After the Super Combo is finished, Guy performs a backward jump and does one of his winning poses

*Super Combo sound effect* Psycho Crusheeeeer!! *Defeated Player sound effect* Anyone who’s ever played Street Fighter Alpha 3 must have had this experience once or twice. Who are we kidding, all of us have succumbed countless times to this beast of a Super Combo. The Final Psycho Crusher is M. Bison’s signature Super Combo. Back in the days, novice players would be on guard until M. Bison decided to use the move. After it was used, there was finally an air to breathe and one could fight without holding back. Street Fighter EX3 and Street Fighter V have a similar version of the move, but none of them are close to being as epic as the Street Fighter Alpha 3 version.