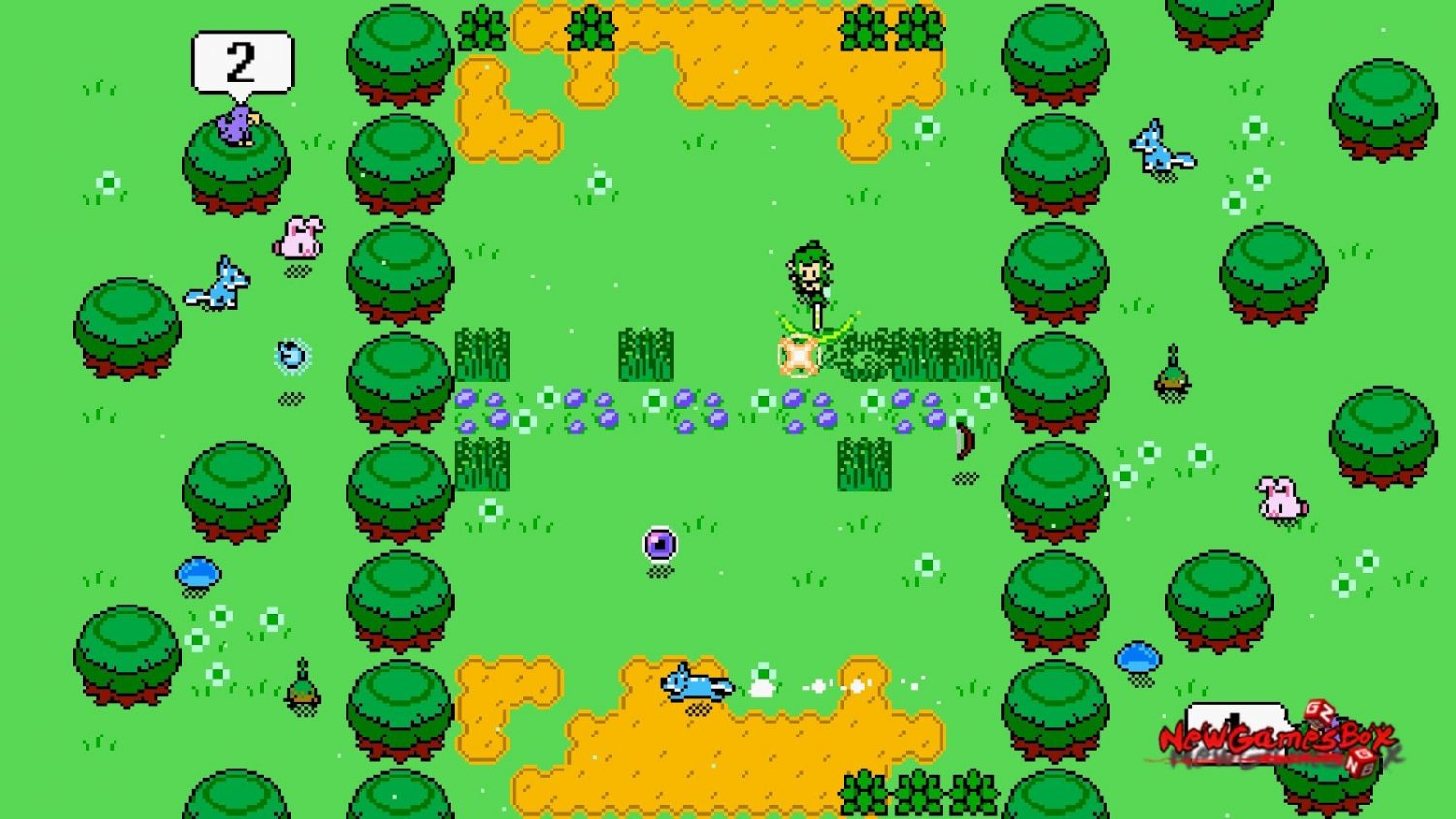 In an age where triple-A developers are more bloated than a week old whale carcass beached on the Devonshire coast, it’s nice that indie studios are playing a larger and larger role in shaping the future of video games. But with the coming of Virtual Reality and a 4K console generation fast approaching, there seems to be a focus on innovation. We’re taking video games forwards into the future. But sometimes it’s nice to look at smaller games which are just happy with themselves, like a non-competitve contestant in a cooking competition. They’re happy with what they’ve created. It’s good, satisfying and is better than what most people could do, even if it doesn’t sit with the greats.

That isn’t to say that quiet games are unoriginal. Indeed, SpiritSphere takes the gameplay of air hockey, and mixes it enthusiastically with old schools sounds and visuals of the 8/16 bit eras, whilst combining those with specific characters, gameplay elements, arenas and a nice fantasy feel. The result is something new, but still rather comforting, like trying a innovative sex position with a significant other; the act may be new, but the background is the same.

Allow me to elaborate. In SpiritSphere you currently have three characters (plus one unlockable) to chose to play as. These include a young woman clad in green resembling Link, a dark sorcery dude and a dog. Two characters take position at opposite ends of the arena and hit a ball, or SpiritSphere, at each other. If you get past their defences and hit the sphere past them then you win a point. Three points win you the round. The familiar characters and premise of air hockey mean the game is simple to understand.

This sounds simple, but in truth the game goes much deeper. Not as deep as the pool I threw myself in at the age of five to prove I was cool but ended up almost drowning, but pretty deep none the less. Each arena acts differently. For instance, in the fire arena the position of the nets continuously change due to lava streams, whilst in the meadow tall grass can be walked through to pick up items that can stun your opponents. Furthermore the spheres themselves act differently. For instant the ghost sphere turns invisible at random intervals.

Of course, there would be no point of multiple characters if they didn’t act differently. The sorcerer for instance has a nifty trick that can extend his reach either side of him to hit back spheres you thought were going to go in but no FUCK YOU that would be too easy so go back and simply wag your tail as the dog. They’re nifty skills, but I can’t help feeling as if something’s missing. It feels like with so many arenas and spheres, there should be more opponents or abilities to go along with the set.

Not that the game does a great job of explaining what to do. The concept is simple, but the only form of tutorial come from a simplistic diagram on the home screen. It highlights which buttons to use but isn’t clear on saying what they do. With a short tutorial or even a page of text the early game would be more bearable. But it doesn’t take long to figure out. The game is still simple and if it takes you longer than ten minutes to figure out then I can point out a number of charities willing to help you.

I find it difficult to comment on the graphics. Retro style games have never really done anything for me. I was born too late to experience pixel graphics as the norm, and I’ve never had the curiosity to play older games. In a world of modern gems such as the Witcher 3 or Sonic 06 I barely have enough time to get through today’s hits. But I can assume that fans of games such as Shovel Night, who are fans of said game because of the nostalgia hard-on it produced in them, will get at least a semi from SpiritSphere. I have nothing against pixel games, they just don’t interest me, much like how my arguments that video games allow me to meet new people online and do interesting things I could never do in the real world didn’t interest my parents when they told me I needed to get a fucking life (I’m serious, they were disappointed in me for not getting drunk when I went to a party once).

The music is as retro as the game which I think is pretty much the only terrible thing about it. Pixelated graphics won’t isolate everybody, but the simplistic “beeps” on the title screen will alienate all but the most retro loving gamer, equating to the taste in your girlfriend’s when you neglect to eat pineapple; bitter.

Overall it is a good game, and I don’t have anything too bad to say about it. It does feel a bit empty and unfinished with the amount of characters, and the title screen music does really piss me off, but underneath that there is genuine originality and a feel that the developer loved creating this. I respect him for not trying to include a story when it doesn’t need one, and the arena design really impressed me. This is probably why I found it so hard to be funny in this review, as to me humour is ripping into something, and I don’t have the heart to verbally destroy something as charming and creative as this. Well, not all aspects of it anyways.

Check out the SpiritSphere gameplay trailer below and keep your eye on http://eendhoorngames.com/ for future masterpieces!

Pokemon Sun and Moon: What We Know So Far

Once upon a time in a dark land (Leeds) lived Samuel Myerson. Samuel didn't have many friends because he was either playing video games, writing about them or sleeping. The End.

How Games Can Punish Us