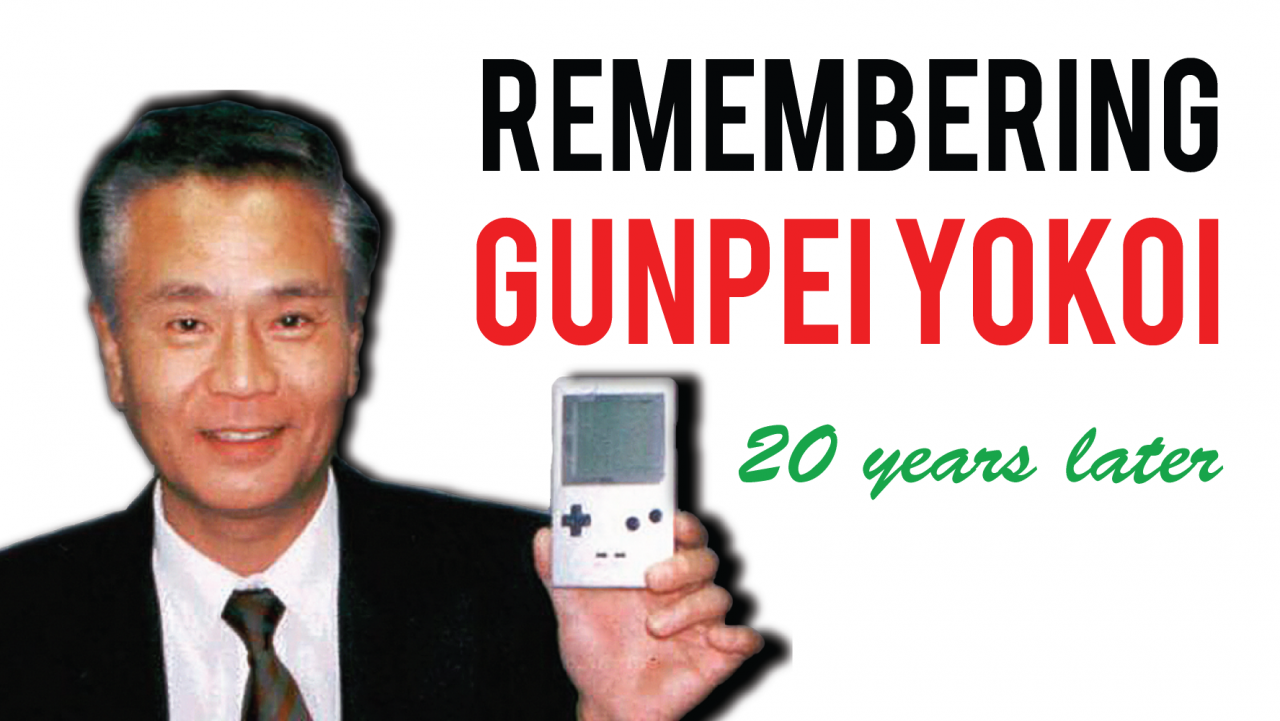 Twenty years ago the world lost a great man: Gunpei Yokoi. Gunpei Yokoi was the designer of the original Gameboy and a key piece in Nintendo’s early success. On the 4th of October, 1997, he sadly passed away after a car accident. However, the legacy of his genius still lives on today. Besides the Gameboy he also had a number of other notable achievements, as well as helping Nintendo to become a household name.

Nearly ten years before the Gameboy, Gunpei Yokoi created the Game & Watch, which was Nintendo’s first handheld console. The Game & Watch had crappy graphics and repetitive robot-like sound effects, but it was influential for two reasons: it introduced the D-pad and the dual-screen design. Today, nearly every console controller has used the D-pad as a means for in-game movement. Even the almighty PS4 and X-Box One include it today in their controllers. The dual-screen design was also used as a base for the Nintendo DS and its subsequents successors.

Nowadays gaming has evolved in many different ways. We have better graphics, more complex games, online gaming, new franchises, and most of all — no crappy Link Cable (just kidding, I love you Link Cable). Handheld gaming has proved to be a very fulfilling alternative to the more powerful and mainstream consoles. Console exclusive games such as Pokémon have helped it be the beast that it is today. Even to this date, the Gameboy remains as the third best-selling console of all time.

Gunpei Yokoi was also a producer of early successes such as Metroid and the unforgettable Super Mario Land games. So Gunpei Yokoi, today we remember not only your departure, but also the great legacy that you left behind. Thank you Gunpei Yokoi! And long live your genius and handheld gaming!