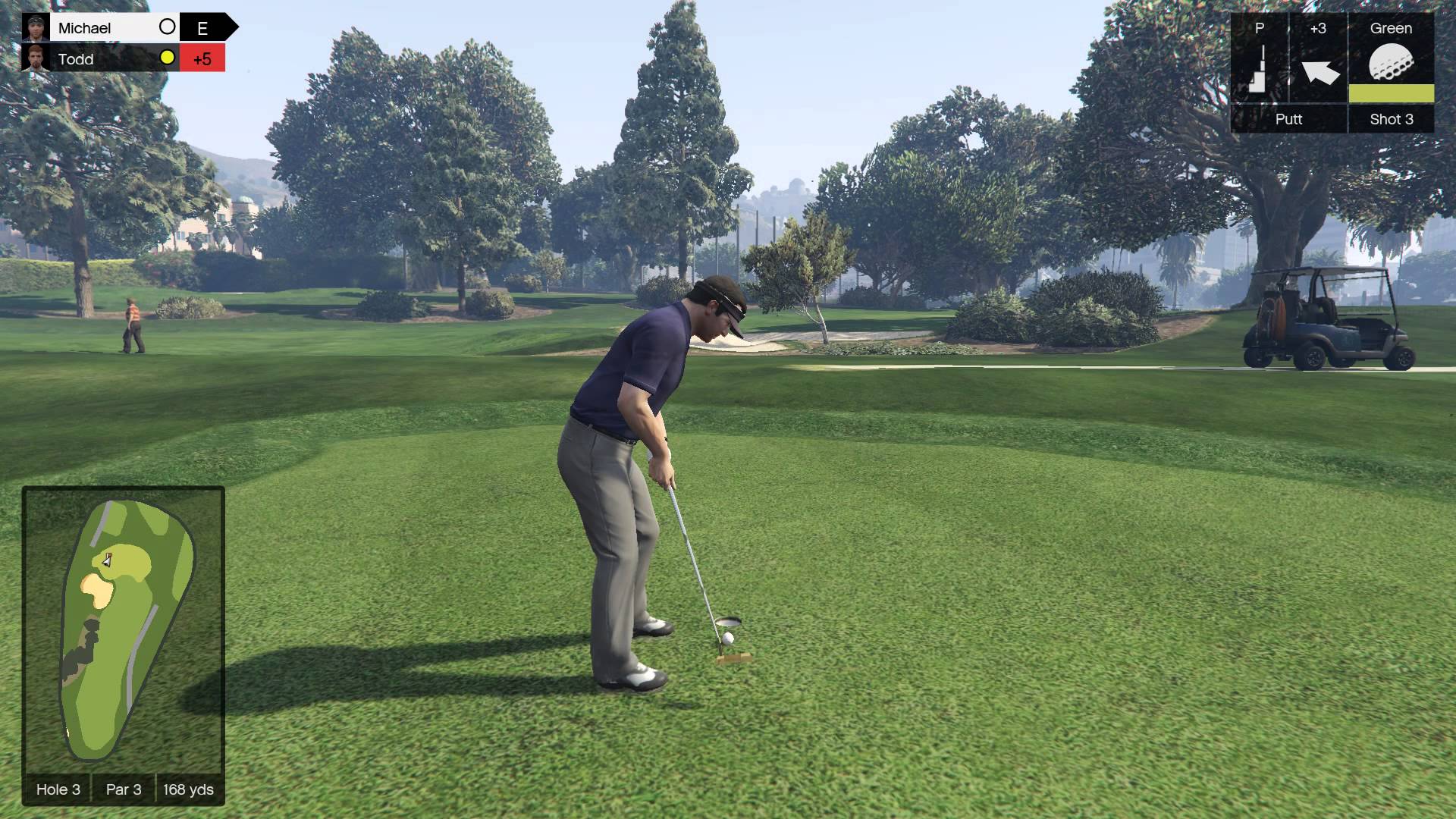 GTA 5 has a ton of content in it, but one of the best pastimes in the entire game has to be golf. It is also one of the best golf mini-games in any video game. There are 9 holes available in the game and they can be played by any of the three main characters. It is also available to be played in GTA 5 online. Golf in GTA 5 has great mechanics and is quite enjoyable to play.

As someone who loved playing the original Excitebike on the NES, having the full game playable in another game has to put it on the list of best minigames out there. This game is either won through Nook’s lottery or found buried by villagers. The entire game is playable just as it was on the NES.

There is something great about playing rock-paper-scissors inside of another video game, it’s so simple and yet so fun. It’s also in Portal 2 where any time you and your robot friend are close to each other, you can challenge each other to a round of rock, paper, scissors. No skill at all is required for this but it can be a fun little game.

On another level, Alex Kidd in Miracle World’s allows players to play Jankenpon, the Japanese version of rock, paper, scissors. This is an 8-bit style game of rock-paper-scissors set up like a boss fight. It can be a very entertaining thing to play and to watch.

Arguably the greatest minigame of them all, a minigame so good it was recently made into its own game is Gwent. Gwent is a turn based strategic card game that is playable in the Witcher 3. This card game was so well thought out and so well-developed that many players spent a large portion of their time just playing this game.

Naughty Dog built an entire level of Crash Bandicoot into Uncharted 4 and there is a scene where you get the chance to sit down a play through it. Given that this is another one of my childhood favorites, this had to be on the list.

Being able to play a PS1 game in a PS4 game is a very interesting concept. Crash Bandicoot plays exactly as you would expect it to and is as entertaining as I remember it being.

This game has to be the weirdest of all the games on the list. Geometry Wars was originally a game in Project Gotham Racing to test the controls of the game. However, the game ended up having such a huge following that it was eventually made into a standalone game for the Xbox 360 live arcade called Geometry Wars: Retro Evolved.

This game that started out as a test for the Xbox 360 controller ended up being a huge hit on the Xbox 360 live arcade.

This controller allows you to play the Original Sonic the Hedgehog. Better yet, you can purchase unlimited lives in the game which gives everyone the chance to finish the entire game.

Hidden in the depths of the original Call of Duty: Black Ops is another zombie mode (if you didn’t already have enough zombies). However, the Dead Ops Arcade is nothing like the other zombie modes.

Dead Ops Arcade is a twin stick top down shooter. In this you have unlimited ammo and our goal is to fight through waves and waves of zombies. You can pick up bigger guns and upgrades along the way but you will never need to look for ammo and you will never need to reload your guns. It’s a fun hidden gem in the Call of Duty franchise that many people skipped over completely.

Why do we need DLCs?

6 Games where the Wildlife is Deadlier than the Enemy

Open World Games – The Good, The Bad and The God Awful